"New technologies for accelerating charged particles promise to reduce the cost so much that one day it will be the only reasonable way to treat prostate and other cancers."

I grew up in Mankato, Minnesota and graduated from high school there in 1941. I worked for a year as a cub reporter in a radio station, getting an inside-the-newsroom view of the tumultuous times around Pearl Harbor. I enlisted in the Navy in January 1943 and was selected for the Navy's officer training program, called the V-12 Program—essentially a crash college education. That ended with a commission almost exactly on V-E day. There was still Japan to take care of, so I was sent to special training to become an airborne fighter director officer—one who flew at high altitude over the fleet in a plane with long-range radar, to detect incoming enemy planes and direct fighters to intercept them. That training began almost exactly on V-J day. So here I was—I had been in the Navy for two years and had not contributed anything to winning the war, and had not even been to sea. So I re-upped in answer to the call for volunteers to serve at the Bikini Atoll A-Bomb tests. That began a long association with the atom that ended with my prostate being shot full of them at Loma Linda.

After Bikini, I enrolled in the physics program at the University of Minnesota. That's where I got first-hand experience with the Bragg peak. The research for my PhD was in cosmic rays—high energy particles from outer space that constantly rain down on the earth. Most are protons and helium nuclei, but some are nuclei of heavier elements, as heavy as iron and nickel. Our project specialized in studying this heavy component of cosmic rays. Most cosmic rays never reach the surface of the earth because they are stopped by the atmosphere. Our group did our research by sending our experiments up to about 100,000 feet altitude, above most of the atmosphere. The payload was carried by huge balloons that stayed up for several days.

My experiment consisted of four stacks of 12 glass plates, each plate
4 inches by 9 inches in size. Each plate was coated on one side with a thick layer of gelatin loaded with small crystals of silver halide, the same chemical used in ordinary thin photographic film. As the particle passed through the stack of plates, it left a track of ionized silver halide grains which, when developed, were visible under a microscope.

For a heavy element, the track of a high energy particle was a thin black line with an occasional "hair" from a knock-on electron sent on its own ionizing track. The thinness meant that the particle was inefficient at causing ionization, which in medical terms, meant that the particle would be inefficient at causing damage to the tissue it was traversing. As the particle lost energy and slowed down, the line became thicker and thicker and the hair denser and denser. If we were lucky enough to see the particle come to a stop in the emulsion, we would see a big fat track covered with hair—so big that it was visible to the naked eye. That was the Bragg peak. Finally an interesting phenomenon occurred. At the Bragg peak, the particle was not stopped, but was slow enough to be able to capture an electron from the medium and thus become an ion with one unit less of charge.

That meant it became less able to ionize and the track became thinner. As it got slower and slower, it picked up more electrons and the track became a dwindling cone. One member of our team was able to develop a technique for determining the atomic number of the incoming particle by measuring this cone.

My career after Minnesota was in R & D at Sandia National Laboratories, the organization responsible for design of the non-nuclear parts of nuclear weapons. After I retired from Sandia in 1984, my wife, Harriet, and I traveled extensively with "The Friendship Force." We also traveled widely in the US, Europe and Down Under, in pursuit of genealogy of our families. In recent years, the ravages of time have force us to give up most travel, so we have devoted our time to volunteer work at local non-profits. All of these activities are described on our Web
site: http://gwajr.home.comcast.net/~gwajr/welcome.htm

When I was diagnosed with prostate cancer, with a PSA of 10.5 and Gleason score of 6, with cancer confirmed by DRE and by biopsy at Johns Hopkins, it was a no-brainer for me to choose proton therapy at Loma Linda. I was familiar with research done at Los Alamos on use of charged particles for medical purposes. I had not heard of the work at Loma Linda, but I soon learned about it on the Internet. With my knowledge of the Bragg peak and how natural its use in medicine is, I did not consider any other method of treatment, in spite of the recommendation of my primary care doctor and my urologist. I have had the usual number of side effects after proton treatment: Zero. My PSA also remains within experimental error of zero.

Another interesting coincidence of time occurred at my "graduation" from Loma Linda in June of 2003. I suddenly realized it was almost exactly the fiftieth anniversary of my graduation from the University of Minnesota in June of 1953!

I am grateful to Bob Marckini and Deb Hickey of the Brotherhood of the Balloon for a wonderful job of outreach to the public. Their efforts have helped justify the expanding number of proton facilities around the world. New technologies for accelerating charged particles promise to reduce the cost so much that one day it will be the only reasonable way to treat prostate and other cancers.

It is now 10 years post-proton treatment and my PSA continues to be less than 0.1. I have experenced no side effects ever. 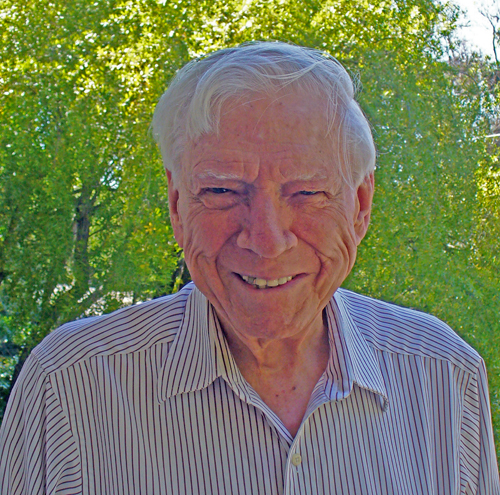