"I called about 60 men from the list [of past proton therapy patients] ...and found each man to be cured and with virtually NO quality of life issues. I was convinced."

August the 4th, 2009: I received the results of my annual and routine PSA test. The result was 4.1—not very high, but greater than the 4.0 established as the upper limit of the acceptable range. My PSA increased about 80% in 18 months. My urologist scheduled another and more rigorous PSA test for confirmation. It also was 4.1 with a percent free of 19. He asked if I wanted a biopsy and I said yes. In mid-September, the results showeda "very, very small tumor of 1mm involving 5% of one of the 12 core samples with a Gleason 6(3+3)." The urologist suggested Avodart and watchful waiting but I insisted on a curative approach. He set up consultations with a robotic surgeon and a photon radiation oncologist. He also gave me a slightly outdated book to read about prostate cancer and the various curative and other options with statistics regarding quality of life consequences. I went to see the consultants and after a discussion on their specialty, I was told I was a "poster boy (I'm age 70 in excellent health)" for their "cure." Both were vague and evasive about quality of life issues. I am not trying to bore you, but does this sound familiar? My wife and I were scared to death. I had the big "C." My dad was diagnosed with prostate cancer at age 72 and died from it at age 74.

I read the book my urologist loaned to me and the data about quality of life issues really scared me. I attended a prostate support group and listened to men who had classic surgery, robotic surgery, modern photon radiation, cryosurgery and those who were hopeful of being cured by exotic diet and juices, discuss the horrible quality of life issues. One man had horrible life changing rectal problems that required him to be within 30 minutes of a bathroom 24/7. Others had incontinence and impotence of varying degrees ranging from a lot to total. Most men had multiple consequences. All of these men were very discouraged and had little hope of significant improvement.

When I arrived home that evening I was very disheartened and told my wife that I believed that cures exist, but it was a matter of how much quality of life I wanted to gamble and probably lose. Chances of being cured with no adverse consequences are very low for the treatments discussed. I was very discouraged, scared, and did not know what to do. I was discussing this dilemma with a friend who had a friend receiving proton beam radiation at Loma Linda Medical Center in Loma Linda, California, for his prostate cancer. He said he would put me in contact with him. My urologist and the other consultants I had met with were not enthusiastic about proton radiation (no rational reason given). Being raised to believe everything my doctor says as fact, at the time, I did not consider proton radiation.

I received an e-mail from the patient almost finished with his proton radiation at Loma Linda, who told me about proton radiation and that it has a cure rate for prostate cancer as good as or better than any other method with none to few adverse consequences. I thought this was just too good to be true. Like most men who are doing research about prostate cancer cures and consequences, I had my list of questions to ask doctors. I sent them to my new friend at Loma Linda and again found the answers to be relatively favorable - and hard to believe. He also sent me a copy of Bob Marckini's book You Can Beat Prostate Cancer And You Don't Need Surgery To Do It. I read the book and still found it hard to believe that Proton radiation was the cure with virtually no quality of life consequences. I contacted Bob and he asked what it would take to convince me that it is true. I said I needed to talk to men who have had the treatment and could tell me directly about the experience and their results. He sent me several hundred names and phone numbers to call. I called about 60 men from the list, selected randomly, and found each man to be cured and with virtually NO quality of life Issues. I was convinced. In mid-January - mid March 2010, I received 45 proton radiation treatments at Loma Linda University Medical Center Proton Treatment Center. I have NO quality of Life issues as a result of the treatments.

I am often asked, "If you had to make a treatment choice again, would you still choose proton radiation over other treatments?" My answer is absolutely yes.

Since starting proton radiation in January 2010, I have personally talked to over a thousand men about their experience with proton radiation. I have yet to find the man who has experienced significant adverse quality of life consequences resulting from their prostate cancer proton radiation cancer cure. The many wives that I have talked to were also delighted. 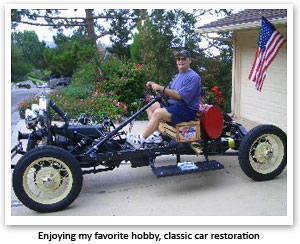 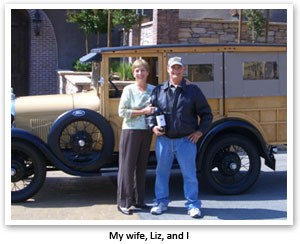