"These days, I am excited to share my experience at Loma Linda. There is no place like it ... I don't know if this can be counted as a side-effect, but the only issue I have is that I miss all the wonderful people and great friends I made while I was at Loma Linda."

I was diagnosed with prostate cancer in January 2014. I was 74 years old. My PSA was 6.35 and my Gleason scores were 7 and 8. When I got that phone call notifying me that I had cancer, my first thought was, Do I need to get my affairs in order? Am I going to die?

After seeing my urologist, he wanted to schedule me for surgery right away (actually he wanted to do it the following Thursday). But I was hesitant. In February, I took my wife and daughter to see another doctor in Wyoming. That doctor took me into his office and asked me what my plans were. I told him, "I guess I'm going to die." He told me that didn't need to happen. He asked, "Will you let me guide you?" He then told me about Loma Linda University Cancer Center and proton therapy. He told me, "I can't tell you what to do; that would be unethical. But, if I was in your situation, I would go to Loma Linda."

A week after we got home, he sent me books by Bob Marckini and BOB member, Fuller Jones. I started reading.

The research began. My daughter went online and started researching the different methods of treatment and corresponding side effects. I started talking to men who have gone through different prostate cancer treatments, mainly surgery. When I first started talking with them and asked how they were doing, they would always say they were doing fine ... But the longer we spoke, the more I learned. I learned they were not fine. They started to talk about side effects. After listening to them, I knew surgery was not the course of treatment I wanted.

After weeks of researching, in September I returned to Wyoming to see the doctor who had recommended proton. He asked me what I decided. I told him I was going to Loma Linda. Proton therapy was the only treatment that was non-invasive with little to no side-effects. And Loma Linda University Cancer Center offered whole-person care. Reading Bob and Fuller's books is what swayed my decision along with my doctor's recommendation. I am so happy I made that decision.

Toward the end of the month, I made the call to Loma Linda. They had me send biopsy slides to John Hopkins for a second opinion. A week later, we got the report and faxed all my records to Loma Linda. Six weeks later I was waiting for treatment to begin.

These days, I am excited to share my experience at Loma Linda. There is no place like it.

I had the combo treatment of proton and hormones. The only side effect is from the hormone shots and that is hot flashes. And no, I haven't had the urge to go shopping ... I don't know if this can be counted as a side effect, but the only issue I have is that I miss all the wonderful people and great friends I made while I was at Loma Linda.

During treatment and post treatment, I have been active; I go walking every day. Overall, I am doing and feeling great.

Interested in learning more about Dale and his proton experience? Just send him an email: connie_wood@hotmail.com. 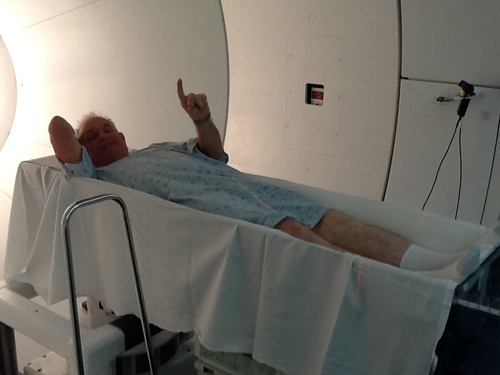 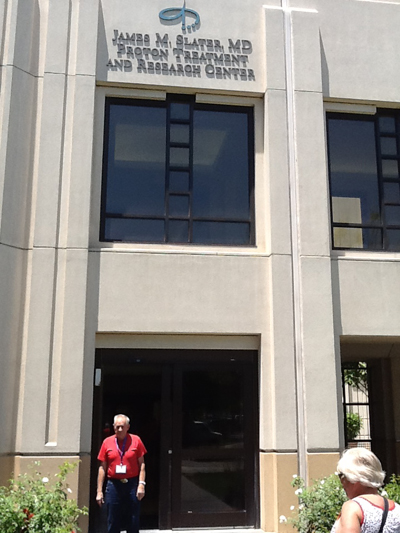