"As long as I live, I will do everything I can to spread the word about "proton" treatment."

To Whom it may concern:

As long as I live, I will do everything I can to spread the word about "proton" treatment.

In my opinion I have been treated for PROSTATE CANCER by the most advanced cancer treatment center in the United States of America located in Loma Linda, California.

The purpose of this letter is twofold: One, to provide unsolicited information to you, your friends and colleagues who may be or could be afflicted with Prostate cancer and many other cancers that can be treated by protons at Loma Linda University Medical Center, Department of Radiation Medicine.

While my letter is about my condition "prostate cancer" it is also about steps being taken at this advanced state of the art nuclear medicine facility in Loma Linda, California and other sites, and the fact that they are moving the process forward to address other diseases in now and in the future.

I was not surprised when my doctor told me I had prostate cancer. In 1999 at 69 years old, the average age of men with prostate cancer, I was aware my PSA had been running high.

Wondering what would be his best treatment option, I began to research prostate surgery, hormone therapy, and conventional three-dimensional radiation therapy. None of the outcomes of these options gave me compelling evidence this was the best treatment available. I was looking for a treatment that would not lessen my quality of life, and none of these treatments could offer me the security of avoiding impotence and incontinence."

Then I heard about proton therapy from one of my Fort Worth, Texas friends, Dr. John Griswell. "I mentioned I had prostate cancer and asked him what treatment would be best. He told me proton therapy at Loma Linda would be better than any of the other treatments."

Dr. Jerry D. Slater, Vice Chairman, Department of Radiation Medicine at Loma Linda says," Since proton radiation has a well-defined high-dose area, it can be manipulated to precisely surround an irregularly shaped target such as the prostate gland. This inherent characteristic of protons allows very little scatter of radiation to the bladder and rectal areas, allowing higher doses to the prostate with significantly fewer side effects."

The efficacy of this treatment has been proven to the satisfaction of the FDA and has its stamp of approval, it is an approved treatment by AARP, medical, and Medicare, - none of whom accept experimental treatment of any kind in their coverage. There are 180 insurance companies worldwide that cover proton treatment, so it is clear to me that its efficacy has been proven to be equal, if not above, all other forms of prostate cancer (PCA) treatment.

So, I went to Loma Linda and started treatment on July 5, 1999. Each day, I would receive proton therapy for 1 minute and 35 seconds. I've never had a more pleasant treatment experience, the procedure was painless, and I experienced no side effects.

On August 27, 1999 I completed proton therapy. During my treatment, I was able to telecommute with my laptop computer and did not miss any work. Now home in Texas, I am enjoying the quality of life I hoped to maintain, without incontinence or impotence.

Impressed with the great results of the proton therapy at the Proton Treatment Center, I am committed to increasing awareness of the capability of protons for the treatment of prostate cancer. I am adamant that people know there is a treatment available that will not cause them short term pain or long term major sexual dysfunction.

Although every man is different, identified early enough, many men leave Loma Linda "Cancer Free" from the specific cancer treated, after about forty painless once-a-day treatments. This, without the pain of surgery or the side effects that often accompany surgery and with better results than any other form of Radiation Therapy.

Currently, not nearly enough people know what is available with proton therapy.

When I was at Loma Linda. many patients had a combination of Photons (X-rays) (25 treatments) and Protons (11 to 15 treatments) largely based on your Gleason score (rating your specific cancer) and if you wanted to be near your home for the X-Ray part of the treatment. Seems to be OK if the treatment center is high quality such as M.D. Anderson, Baylor, Johns Hopkins, Mayo Clinic etc. Each treatment takes a few minutes each day. Check out http://www.proton-therapy.org/prostate.htm.

Proton treatment started at Berkeley, CA in 1954; Harvard has treated over 8,000 patients beginning in 1961 (10 per day). (Most for tumors other than prostate.)

Worldwide over 33,000 patients have been treated with protons.

One other center exists in the United States, The Northeast Proton Therapy Center at the Massachusetts General Hospital (Harvard University) recently expanded and should be treating Prostate patients within the year 2002. http://www.ccgi.com/nptc.html. They have been treating with "Protons" since 1956 at the Harvard Cyclotron Laboratory (HCL) this is a program located on the campus of Harvard University and which works in conjunction with Massachusetts General Hospital and the Massachusetts Eye & Ear Infirmary. http://neurosurgery.mgh.harvard.edu/

Worldwide there are many proton treatment facilities and many new ones are being constructed. The Regents at the University of Texas have approved a 'Proton center" for M.D. Anderson Cancer Center in Houston, and another is at Bloomington, Indiana. THE MIDWEST PROTON RADIATION INSTITUTE is located at 2401 Milo B, Sampson Ln Bloomington, IN 47408 Check out: http://www.iucf.indiana.edu/MPRI/about.htm.

Included in the Proton program for me were a number of Texans at Loma Linda and we were and are extremely happy with our choice.

How does it work: The simple explanation:
"Protons" which have a unique "Bragg Peak", understood by Physicists and the Doctors who use it allows the radiation to enter the body at ½ the speed of light, focused directly on the cancer and after hitting the cancer hard, drops to ZERO immediately behind the cancer, thereby sparing other tissue both on the input and output side of the cancer and avoiding many of the side effects that Three Dimensional Conformal Radiation produces. In fact, the proton is so efficient that Loma Linda's Dr. Schulte is closing in on Proton surgery - surgery without invasion.

What else does Loma Linda treat with protons.
The following is a list of cancers (and some benign conditions) by body site which are currently being treated with proton beam radiotherapy, either alone or in combination with x-ray therapy at Loma Linda:

1955 - Following is the history of this advanced and successful "Proton" treatment which was first accomplished at Berkeley Radiation Laboratory for other cancers in 1955:

Many collaborative clinical research studies continue at Loma Linda University Medical Center through participation in cooperative groups and in collaboration with other proton therapy investigators in the Proton Radiation Oncology Group. This does not diminish the fact that "Protons" work and are a proven mature technique.

Loma Linda University Medical Center investigators are working on several other protocols, including those for lung, breast, esophagus, liver, and bladder cancers.

As of May 2002, over 6000 patients have been treated for cancer at Loma Linda's Proton Center using the PROTON BEAM FOR ALL TYPES OF CANCERS with about 60 percent Prostate.

I know that I made the best choice for any man, a painless treatment that retains my sexual function. We had a few patients in my group of over 40 men, and many wives, who met every Wednesday evening that had earlier "Radical Prostatectomies" and were being treated by Protons.

My web site is www.prostateproton.com and I am willing to talk to anyone who has Prostate Cancer, to help them learn about this wonderful program. There a number of patients who have completed the treatment and can verify the results. I am merely a happy patient and want to share my good fortune with my many colleagues. This is not "theory" this is fact, and it happened to me!

An excerpt from Jim Tuggey's blog:

After [proton] treatment in 1999, I decided to tell anyone who would listen about both my experience and the experiences of others I met who were treated with protons...

Bob Marckini deserves the highest accolades for his dedication to providing advice and his continuing research to verify any responses he provides. I suggest you read his book now!

So, at 83 I can say that my experience has been amazing and successful. And as 84 approaches, I expect to continue looking at the number of proton facilities that have been built in the U.S. and in other countries and read their reports when possible.

I regret the recent loss of "Ken Venturi" as a friend, and miss his advice both as a professional golfer and proton advocate.

Here is photo of Jim Tuggey: 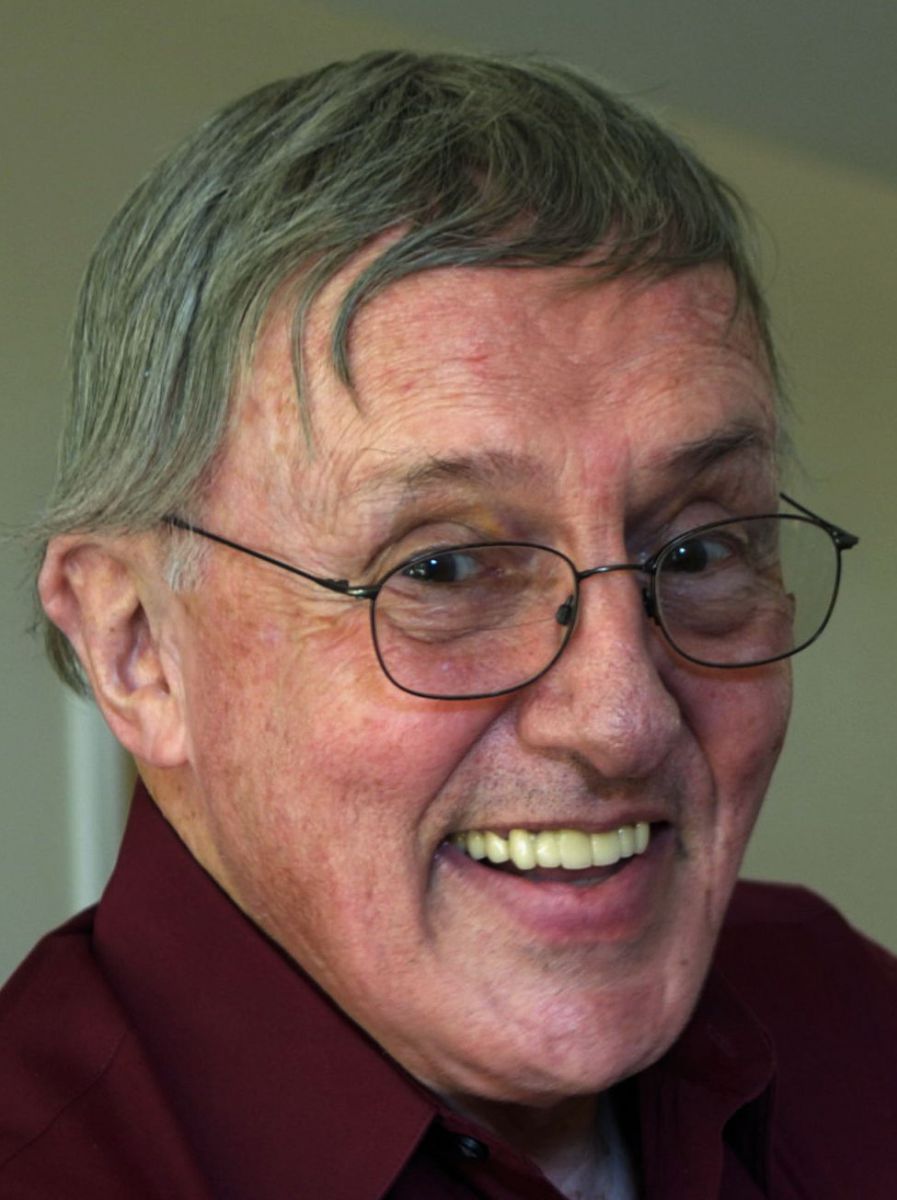